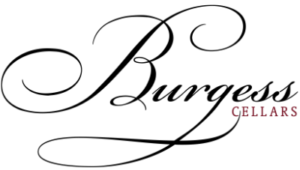 Napa Valley, California – January 8, 2018 – Kelly Woods marks her five-year anniversary as winemaker of Burgess Cellars this month.  When she drove up the Howell Mountain hillside in January of 2013, she became just the second winemaker in the history of this 45-year old property and ushered in a renaissance in winemaking.

Woods calls her career a happy accident.  Not wine but veterinarian studies led this Central Coast native to enroll in the University of California at Davis.  When her childhood ambitions faded, she found herself in an institution with the premiere program for Viticulture and Enology.  A career was born.  Woods graduated and found a first position with Seavey Vineyards, which was an entree into family ownership and hillside vineyards.  There, she fell in love with mountain fruit and the complexities of that terroir.  Positions in New Zealand, Bryant Family and Sequoia Grove soon had Woods feeling ready for a head winemaker role.

At this time, owner Steven Burgess was months into an exhausting winemaker search.  He’d taken over from his father Tom Burgess, who founded the winery in 1972, and needed to replace the first and only winemaker, retiring after 41 vintages.  In the midst of 130 applicants Woods emerged, and became Burgess Cellars’ second winemaker.

Woods walked into day one as winemaker to an enormous undertaking.  She had to rapidly understand what had been done in four decades, learn the vineyards and their individuals blocks, the wines and the winery operations.  She conquered the 2012s without delay, already picked, fermented and barreled down by her predecessor, and made her first mark with blending and final decisions.

A renaissance best describes what Woods has ushered in since day one.  She’s brought innovations to harvest, fermentation and aging protocols, with the support of a vineyard and cellar team willing to take a chance on her vision.  Replacing 2-ton gondolas with half-ton macro bins, performing detailed barrel trials, and soon bringing in smaller fermentation tanks are all small changes that have made a big impact on the wine.

The first growing season under Woods’ full direction, 2013, demonstrates this impact.  She’ll admit she got lucky, as crop loads were up, quality was exceptional and the harvest went off without a hitch.  After years of waiting through barrel and bottle aging, her 2013s released this year to critical acclaim, scoring 92 Robert Parker and 92+ Vinous.

Woods continues to craft one high quality vintage after another, but her greatest accomplishment is the creation of the Mountaineer Red Blend – 45% Syrah, 40% Cabernet Sauvignon and 15% Petit Verdot.  While Burgess Cellars is known for its Cabernet Sauvignon, Woods wanted to be creative and show her craft in producing a balanced, expressive wine that showcased the other estate varieties.  This debut vintage scored 92 Wine Spectator.  Today, she has her eye on new vineyard blocks, like Zinfandel, in developing the Mountaineer into the future.

After five years, many curveballs from Mother Nature and a host of innovations, Woods can reflect on her part of the Burgess Cellars renaissance.  She frequently discusses her work and speaks directly to fans in the winery’s original YouTube series “On the Mountainside”.  A full interview with Kelly Woods can be found at the Burgess Cellar’s blog: http://burgesscellars.com/interview-with-kelly-woods-5-years-at-burgess-cellars/