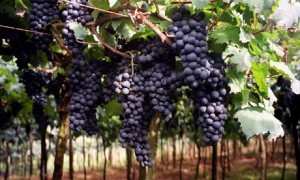 The wine takes its name from the historical Province of Beaujolais, a wine producing region. It is located north of Lyon, and covers parts of the north of the Rhône département of the Rhône-Alpes region and southern areas of the Saône-et-Loire département of Burgundy. While administratively considered part of the Burgundy wine region, the climate is closer to the Rhône and the wine is sufficiently individual in character to be considered separately from Burgundy and Rhône. The region is known internationally for its long tradition of winemaking, for the use of carbonic maceration, and more recently for the popular Beaujolais nouveau.

Beaujolais wine can be paired with a variety of food according to the lightness and body of the wine. Beaujolais Nouveau is typically used as an apéritif with basic Beaujolais and Beaujolais-Villages doing well with light fare, like picnics and salads. The lighter Cru Beaujolais pair well with poultry and the heavier Crus pairing better with red meats and hearty dishes like stews. In Norway, Beaujolais is a favorite with cod and bacalhau dishes. According to Lyon chef Paul Bocuse, Beaujolais wine is used to make a traditional regional dessert involving a glass of sliced peaches, topped with blackcurrants and drenched in chilled Beaujolais wine.