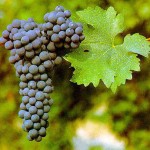 Cabernet Sauvignon is one of the world’s most widely recognized red wine grape varieties. It is grown in nearly every major wine producing country among a diverse spectrum of climates from Canada’s Okanagan Valley to Lebanon’s Beqaa Valley. Cabernet Sauvignon became internationally recognized through its prominence in Bordeaux wines where it is often blended with Merlot and Cabernet Franc. From France, the grape spread across Europe and to the New World where it found new homes in places like California’s Napa Valley, Australia’s Coonawarra region and Chile’s Maipo Valley. For most of the 20th century, it was the world’s most widely planted premium red wine grape until it was surpassed by Merlot in the 1990s.

Despite its prominence in the industry, the grape is a relatively new variety, the product of a chance crossing between Cabernet franc and Sauvignon blanc during the 17th century in southwestern France. Its popularity is often attributed to its ease of cultivation – the grapes have thick skins and the vines are hardy and resistant to rot and frost – and to its consistent presentation of structure and flavors which express the typical character (“typicity”) of the variety. Familiarity and ease of pronunciation have helped to sell Cabernet Sauvignon wines to consumers, even when from unfamiliar wine regions. Its widespread popularity has also contributed to criticism of the grape as a “colonizer” that takes over wine regions at the expense of native grape varieties.