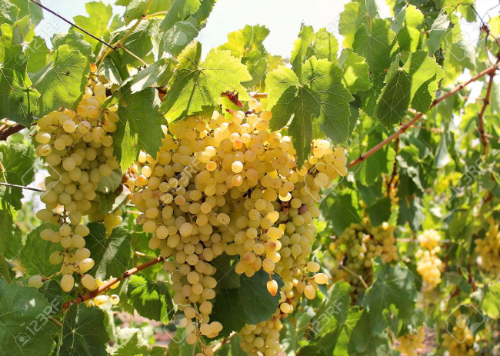 The Muscat family of grapes include over 200 grape varieties belonging to the Vitis vinifera species that have been used in wine production and as raisin and table grapes around the globe for many centuries. Their colors range from white (such as Muscat Ottonel), to yellow (Moscato Giallo), to pink (Moscato rosa del Trentino) to near black (Muscat Hamburg). Muscat grapes and wines almost always have a pronounced sweet floral aroma. The breadth and number of varieties of Muscat suggest that it is perhaps the oldest domesticated grape variety, and there are theories that most families within the Vitis vinifera grape variety are descended from the Muscat variety.

Among the most notable members of the Muscat family are Muscat blanc à Petits Grains, which is the primary grape variety used in the production of the Italian sparkling wine Asti (also known as Moscato Asti) made in the Piedmont region. It is also used in the production of many of the French fortified wines known as vin doux naturels. In Australia, this is also the main grape used in the production of Liqueur Muscat, from the Victorian wine region of Rutherglen. Young, unaged and unfortified examples of Muscat blanc tend to exhibit the characteristic Muscat “grapey” aroma as well as citrus, rose and peach notes. Fortified and aged examples (particularly those that have been barrel aged) tend to be very dark in color due to oxidation with aroma notes of coffee, fruit cake, raisins and toffee.

Muscat of Alexandria is another Muscat variety commonly used in the production of French vin doux naturel, but it is also found in Spain, where it is used to make many of the fortified Spanish Moscatels. Elsewhere it is used to make off-dry to sweet white wines, often labeled as Moscato in Australia, California and South Africa. In Alsace and parts of Central Europe, Muscat Ottonel is used to produce usually dry and highly perfumed wines. – Wikipedia