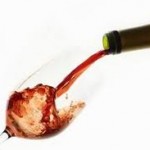 A general rule is that the wine should be sweeter than the food it is served with – a perfectly ripe peach has been described as the ideal partner for many dessert wines, whereas it makes sense not to drink wine at all with many chocolate- and toffee-based dishes. Red dessert wines like Recioto della Valpolicella and fortified wines like the vin doux naturel Muscats are the best matches for such difficult-to-pair desserts.

Quite often, the wine itself can be a dessert, but bakery sweets can make a good match, particularly with a little bitterness like the almond biscuits that are dunked in Vin Santo. A development of this matching of contrasts is a rich savoury dish like the foie gras that is a traditional partner to Sauternes. White dessert wines are generally served somewhat chilled, but can be easily served too cold. Red dessert wines are served at room temperature or slightly chilled.

Dessert wines are produced by over 100 California wineries including Holly’s Hill in Placerville, Kalyra in Santa Ynez and Malibu Family Wines in Malibu.