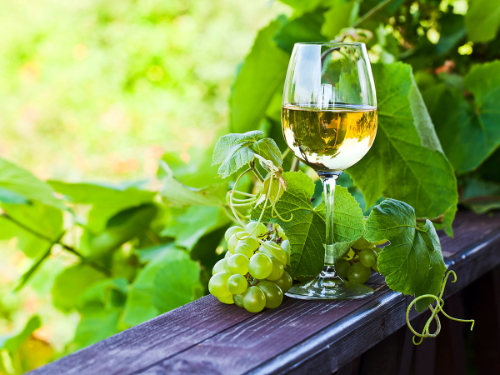 Vinho Verde (literally ‘green wine’) refers to Portuguese wine that originated in the historic Minho province in the far north of the country. The modern-day ‘Vinho Verde’ region, originally designated in 1908, includes the old Minho province plus adjacent areas to the south. In 1976, the old province was dissolved.

Vinho Verde is not a grape variety, it is a DOC for the production of wine. The name literally means “green wine,” but translates as “young wine”, with wine being released three to six months after the grapes are harvested. They may be red, white, or rosé and they are usually consumed soon after bottling A Vinho Verde can also be a sparkling, a Late Harvest or even Brandy. In its early years of production, the slight effervesce of the wine came from malolactic fermentation taking place in the bottle.

In winemaking this is usually considered a wine fault but Vinho Verde producers found that consumers liked the slightly fizzy nature. However, the wines had to be packaged in opaque bottles in order to hide the unseemly turbidity and sediment that the “in-bottle MLF” produced. Today, most Vinho Verde producers no longer follow this practice with the slight sparkle being added by artificial carbonation.

The region is characterized by its many small growers, which numbered around 19,000 as of 2014. Many of these growers used to train their vines high off the ground, up trees, fences, and even telephone poles so that they could cultivate vegetable crops below the vines that their families may use as a food source.