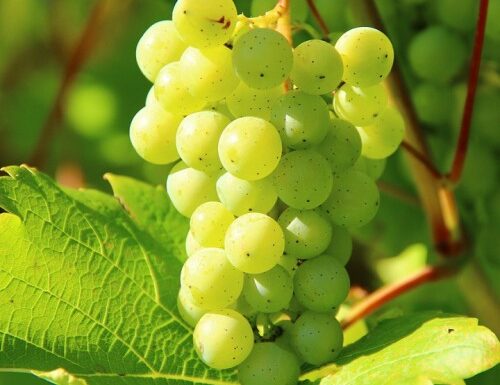 Verdelho is a classic grape variety associated with the fortified wines of Madeira, off the coast of Portugal. It was the most planted grape variety there in the 19th Century, but has since lost ground to the more reliable Tinta Negra Mole. Today, it is still grown in Europe, but is more prominent in Australia and the Americas, where it is usually used to make dry white wines.

The aromatic profile of Verdelho is crisp, sometimes with leafy or spicy accents. It typically makes rich wine in the Old World, with ripe apricot and stonefruit aromas, while in Australia it is more reminiscent of citrus and tropical fruits.

In Madeira, Verdelho was historically used to make an oxidized white wine, although the introduction of phylloxera in the 1860s had a devastating effect on the island’s wine industry. A lot of the Verdelho vineyards were replaced with Tinta Negra Mole, although Verdelho fared better than many of Madeira’s other historical grape varieties. However, wines made from Tinta Negra Mole were still labeled as Madeira Verdelho until 1993, when legislation was introduced stipulating that any wines stating a grape variety on the label must contain at least 85 percent of that variety. This has considerably reduced the number of Madeira Verdelho wines in the market.