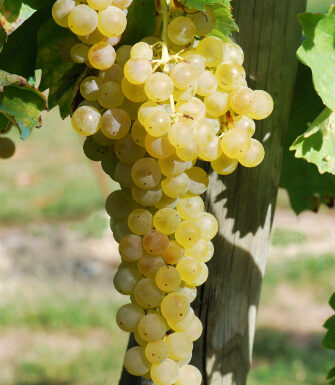 Trebbiano is an Italian wine grape, one of the most widely planted grape varieties in the world. It gives good yields, but tends to yield undistinguished wine. It can be fresh and fruity, but does not keep long. Also known as ugni blanc, it has many other names reflecting a family of local subtypes, particularly in Italy and France. Its high acidity makes it important in Cognac and Armagnac productions.

Trebbiano may have originated in the Eastern Mediterranean, and was known in Italy in Roman times. A subtype was recognized in Bologna in the thirteenth century, and as Ugni blanc made its way to France, possibly during the Papal retreat to Avignon in the fourteenth century.