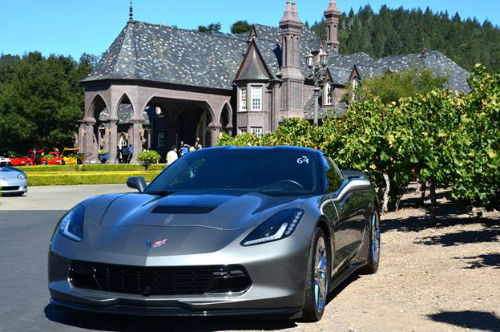 Fun and popular day with owner and winemaker Steve Ledson featuring his 2 show Corvettes and Corvettes from all over California Saturday, October 19 — 10am-4pm END_OF_DOCUMENT_TOKEN_TO_BE_REPLACED

October 16, 2017 – The Glancy Wine Education Fund is creating special North Bay Fire Recovery Scholarships to benefit unemployed wine and hospitality professionals looking to improve their knowledge and skills while their community rebuilds. They will be accepting applications for 2018 certification programs through November 17th and we are encouraging all professionals in need to apply here as soon as they are able. San Francisco Wine School is asking the public to join them in the effort to support fire victims by donating to the Glancy Wine Education Fund for North Bay Fire Recovery Scholarships or attending San Francisco Wine School’s Luxury Wine Weekend Saturday, END_OF_DOCUMENT_TOKEN_TO_BE_REPLACED

238 Million Cases with Retail Value of $34.1 Billion by Press Release May 01, 2017   San Francisco — California wine shipments to the U.S. reached an estimated retail value of $34.1 billion in 2016, up 4.6%. The state shipped an all-time high of 238 million cases to the U.S. in 2016, up 2% from the previous year California wine sales to all markets, including shipments to the U.S. and exports, also set a record of 285 million cases in 2016. “Consumers worldwide recognize the high quality of California wines from diverse regions across the state,” said Robert P. (Bobby) Koch, Wine Institute President and END_OF_DOCUMENT_TOKEN_TO_BE_REPLACED