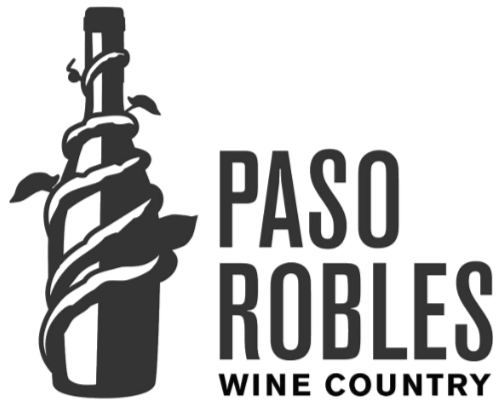 Nov. 14, 2018 (Paso Robles, Calif.) – Solterra Strategies, a boutique public relations firm representing wineries in California’s Central Coast, is pleased to share this update from several of its Paso winery clients now that Harvest 2018 has officially come to a close.

Overall, grapes took longer to ripen this year. In fact, many in the industry joked that 2018 was the harvest that wouldn’t end.

Normally, the harvest window is relatively small, but non-stop. While exhausting, the steady flow of picking and processing allows wineries to get into a steady groove. This year, however, was a marathon of fits and starts, with long finger-biting periods of waiting. After all, the longer the harvest, the bigger the chance for damaging rains and frost.

While delays vexed winery staffers, winemakers say the wait was worth it. The longer hang times have allowed the grapes to slowly develop more flavors and stronger colors.

Normally reticent to predict the quality of a vintage before the wine has time to age, many winemakers say they’re confident 2018 will prove a banner vintage for Paso Robles.

The answers that follow are direct quotes from the winemakers; feel free to use them as written.

If you want to speak directly to a winemaker we can arrange interviews. If you have a specific question you’d like to ask the winemakers, please send and we’ll get back to you.

Kevin Jusilla / kukkula Winery:
We were about 10 days later on the Viognier than last year, and north of two weeks later than the years before last. Historically we pick Syrah around mid-August, but last year we picked at the end of August. This year we pulled the last in October.

Mauricio Marchant / Summerwood Winery & Inn:
We were about three weeks later compared to an average year.

Sherman Thacher / Thacher Winery:
We were a week or so later than last year and three-plus weeks later with certain varieties than the previous two years. Some of our Zinfandel was more than a month later than normal in 2018.

Q: What was surprising, unique and/or challenging this harvest and why?
Bob Tillman / Alta Colina:
For several years we have been measuring the color concentration of our juice – darker color generally implies higher quality wine. This vintage we have experienced a significant jump (30 to 50 percent) over previous years, boding well for the wines.

Kevin Jusilla / kukkula Winery:
The most surprising aspect of harvest is pHs are significantly lower on the reds, and TAs are a fair bit higher. The last several years of drought seemed to have caused elevated pHs. So it’s a nice surprise to see pHs in the “normal” range on the red varietals at time of harvest.

Mauricio Marchant / Summerwood Winery & Inn:
Weather always amazes me, this year we got 20-plus days of temperatures over 100F and now we get about 3 weeks of perfect weather that will allow for flavors to catch up to the sugar levels and physiological maturity.

Sherman Thatcher / Thacher Winery:
Every year we seem to have one or two varietals bounce out of their normal line up. Zinfandel was definitely one of those this year. Some of our dry-farmed Zinfandel was picked as much as 6 weeks later. That dry-farmed Zinfandel – a variety already famous for uneven ripening within the cluster – became even more varied, which gave us some challenging numbers to work with.

Q: How were your yields?
Bob Tillman / Alta Colina:
We are about 20 percent above our average, across the board. This is the best yield we have seen since 2010. The vine buds that became this year’s shoots were formed in 2017, which benefited from the generous winter rains of 2016-17.

Kevin Jusilla / kukkula Winery:
Yields are about 10 to 15 percent lighter than last year. Varietals like Syrah, Grenache, Counoise, Petite Sirah, and our Rhone whites came in as expected. But Cabernet Sauvignon and Mourvedre came in about 50 percent lighter and 30 percent lighter, respectively.

Mauricio Marchant / Summerwood Winery & Inn:
Higher than expected, given that we had to drop a considerable amount of fruit this year, to allow for canopy growth and timely fruit maturity.

Sherman Thacher / Thacher Winery:
Yields were very close to normal this year with a handful of lots coming in a pinch heavy.

Q: What’s your overall impression of Vintage 2018?
Bob Tillman / Alta Colina:
Too early to be definitive, but aromas and colors in the cellar are delightful. I’m very bullish about the quality of the 2018 vintage.

Kevin Jusilla / kukkula Winery:
I generally resist making predictions about the quality of the vintage until several months after getting wines into barrels, but this really feels like a seminal vintage. Grapes easily ripened, pH/TA almost across the board is about as good as it gets, color intensity, and concentration are amazing. The late rains in March, the overall cool growing season, and late harvest seemed all to contribute to really even ripening and high fruit quality.

Mauricio Marchant / Summerwood Winery & Inn:
Aromas, flavors, color and tannins are great this year. Alcohols will be lower and the wines will be balanced and complex.
Sherman Thacher / Thacher Winery:
We are very happy with quality this year. Appearance, flavor and general chemistry were all in line.

Q: Many say vineyards are “returning to normal” after years of drought. What’s your take?
Bob Tillman / Alta Colina:
This is Alta Colina’s 12th harvest, and “normal,” is a word I have a tough time invoking – the weather variation has been enormous. That said, 2018 has been relatively gentle on the vines and seems to be producing very high quality wines.

Kevin Jusilla / kukkula Winery:
I hope that’s the case, but I think it’s way too early to make that call. Had it not been for the miracle March, this vintage could have likely been the most challenging vintage of the drought years. Put this in perspective: We’ve had seven out of eight years of drought. Luckily, the 2017 vintage gave us 43 inches of rain. It’s plausible that water reserves in the soil, along with late rains of this vintage have helped keep the vines properly nourished, and that, in combination with the cool growing season, have allowed us to have an almost textbook perfect vintage. Time will tell if we’re back to “normal.”

Mauricio Marchant / Summerwood Winery & Inn:
Yes, the vines are doing better – the fruit chemistry is coming back to normal. My long-term concern is ground water and labor availability.