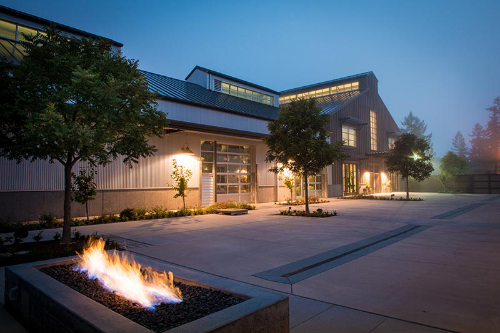 July 16, 2018 – Duckhorn Wine Company, which includes Duckhorn Vineyards, Paraduxx, Goldeneye, Migration, Decoy, Canvasback and Calera, announced today that it will acquire iconic California Pinot Noir winery Kosta Browne. Founded in 1997, Kosta Browne is recognized as one of the wine industry’s great success stories, making some of the New World’s most sought-after Pinot Noirs. The Kosta Browne sale will include the company, the winery, all assets and inventory, as well as 170 acres of vineyards through ownership or long-term leases that include Cerise Vineyard in the Anderson Valley, and prized sections of Keefer Ranch Vineyard in the Russian River Valley and Gap’s Crown Vineyard on the Sonoma Coast. The Kosta Browne team will remain with the winery, including CEO Scott Becker and acclaimed winemaker Nico Cueva.

Kosta Browne was founded by Dan Kosta and Michael Browne, with Chris Costello joining the partnership in 2001. In the years since, Kosta Browne has created a globally renowned portfolio of Pinot Noir and Chardonnay, along with a groundbreaking direct-to-consumer program. In addition to 170 acres of premium estate vineyards, Kosta Browne has established partnerships with many of California’s most legendary growers from Anderson Valley to the Sonoma Coast, Russian River Valley, Santa Lucia Highlands and Sta. Rita Hills. In 2012, Kosta Browne built a state-of-the-art custom winemaking facility in Sebastopol, California. This summer, they will unveil The Gallery, a hospitality space overlooking the winery where Kosta Browne will provide a rich and immersive tasting experience for its members.

“As a lover of good wines and good investments, I have particularly enjoyed working with Scott Becker, our dynamic CEO, and his talented team on the relentless pursuit of quality at Kosta Browne,” said John Childs, chairman of J.W. Childs Associates, which currently owns Kosta Browne. “Every action, whether the purchase of Cerise or our proprietary bottling line, was taken to advance the quality of Kosta Browne wines. We have made great strides and are pleased that Duckhorn will continue this journey, as their reputation for excellence suggests. Kosta Browne will be right at home among Duckhorn’s stable of benchmark American wines.”

“What Michael, Dan and Chris created at Kosta Browne is nothing short of remarkable,” added Ryan. “It has been exciting to see the founders rewarded for their years of hard work and tireless pursuit of excellence. Their vision and values will inspire everything we do.”

The purchase of Kosta Browne will not include CIRQ, which was founded, and continues to be owned, by Michael Browne. The sale is expected to close next month.

Duckhorn Wine Company has helped set the standard for American fine wine for four decades. Founded by Dan and Margaret Duckhorn with the launch of Duckhorn Vineyards in 1976, the Duckhorn portfolio has evolved to include Goldeneye, Paraduxx, Migration, Decoy, Canvasback and Calera, each with its own dedicated winemaker. With 700 acres of acclaimed estate vineyards, along with grapes from the finest growers, each winery has its own focused winegrowing program from which to make its wines. Duckhorn Wine Company wines are available throughout the United States, on five continents, and in over 50 countries. For more information, visit Duckhorn.com.

Located in Sebastopol, Sonoma County, Kosta Browne is a trusted authority on California Pinot Noir and Chardonnay. They produce appellation and single-vineyard wines from the most coveted cool-climate vineyards across the Russian River Valley, Sonoma Coast, Anderson Valley, Sta. Rita Hills and Santa Lucia Highlands appellations. A commitment to quality, stewardship of the land, and customer relationships have made Kosta Browne an industry-leading producer of inspiring wines that transcend their origins and represent California on a global stage. For more information, visit KostaBrowne.com.