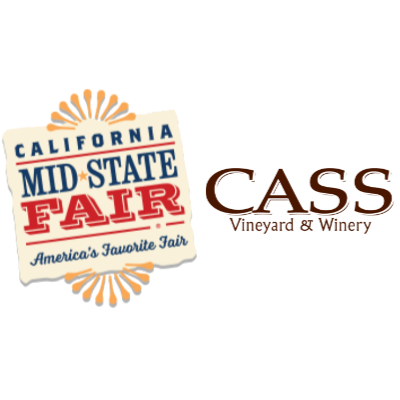 July 20, 2018 – The Central Coast Wine Competition (CCWC) is pleased to announce Paso Robles’ Cass Vineyard & Winery is the 2018 Winery of the Year. This is the second Winery of the Year award for Cass, which took home the same honor in 2015.

The award was presented on July 20, at the Wine Industry Awards & Gold Medal Tasting in Mission Square during the California Mid-State Fair (July 18-29).

“We couldn’t be more humbled to win this award from this terrific competition that takes place right here in the Paso Robles community,” said Steve Cass, co-owner of Cass Vineyard & Winery. “After we won in 2015, our team was determined to stay the course and continue focusing on producing the best wines from our 145-acre vineyard in the Geneseo AVA. This win reinforces our ongoing goals and commitment to quality.”

“We’re also especially excited our Mourvèdre was named Best Red,” says Cass Winemaker Sterling Kragten. “We, along others in the Central Coast, have been working with that grape for years, so it’s nice to see it beginning to get the mainstream recognition it deserves. That’s a win for all the Rhone wineries and farmers in the region.”

Based on the weighted points given to each medal along with a Best overall red, Best of Class win and the high number of gold medals Cass was the clear winner in a very competitive field of wineries big and small, noted CCWC returning Chief Judge Tim McDonald, president of Wine Spoken Here.

The two-day competition took place at Estrella Hall at the California Mid-State Fair. On the first day, the judges blind-tasted more than 700 wines, rating and then voting on which to award a Gold Medal and Best in Class honor. The following day, the Best in Class wines were blind tasted again and awarded best Red, White, Rosé, Sparkling and Dessert. Insert Best of Show details. Only after the awards finalized were the producers revealed.

Best in Show went to Alara Cellars’ 2017 Grenache Blanc, sourced from San Benito County. The honor came after judges awarded it a Double Gold Medal and deemed it both Best in Class (Grenache Blanc) and overall Best White Wine.

Best Pink Wine went to Opolo Vineyards 2017 Rosé. The Rosé from the Paso Robles winery also won a Gold Medal and was awarded Best in Class for the – Any Rosé Blends – category.

Best Sparkling Wine was awarded to Laetitia Vineyard & Winery’s 2015 Brut Rosé. The same bubbles from the Arroyo Grande winery also claimed a Gold Medal and were awarded Best in Class in the Méthode Champenoise category.

The complete list of all the results for 2018, and prior years, is available on CentralCoastWineComp.com.

“I’m pleased to say that this, the 16th Annual CCWC has been the best yet, in both our judging panel and the quality of the submissions,” said Michael Bradley, CEO of the California Mid-State Fair. “As we in the Central Coast know, some of the world’s best wines are being grown and produced right here in our backyard. Our goal is to celebrate and shine a global spotlight on these agricultural artisans. We can’t wait to see what the next 16 years brings to this competition.”